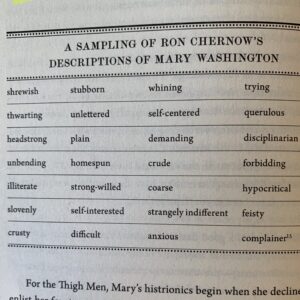 I don’t know the name of the guy who delivers my UPS packages. In all this time, I never asked. And he never uses my name, even though he must know it after delivering oodles of packages over the years.

I wonder if it’s an unstated rule, not to address recipients by name.

On my walks, his brown truck frequently passes me on the street. We enthusiastically wave at each other. He often gives me a thumbs up.

We discovered years ago that both our boys were serious tennis players, and, on occasion, they took lessons from the same teacher. He and I used to bemoan the cost of private lessons.

When the weather is nice, I step out onto the porch to meet him.

The other day we got on the subject of the Washington Redskins having to change their name and how much this irritated him. He thought the name as an honorable nod to Native Americans, and not at all demeaning.

“Where does it end?” he asked. All this name-changing stuff.

It was our first ever serious conversation, and in that brief moment, I was torn between whether to keep quiet or to share my convictions about why words and names matter and why Redskin was a racial slur, kind of like if I addressed him as Brown Shirt, only much worse.

I was at war with myself on whether to say to him that just because we’ve grown accustomed to many words and names that have been a part of our everyday lexicon for years, that doesn’t make them right.

Even if it’s inconvenient to change something, or if the replacement words trip us up momentarily, these changes are necessary because words matter for equality, justice, and inclusivity.

It’s interesting how those in the majority are often oblivious to the sexist, racist, degrading, and non-inclusive words that make up our everyday vocabulary.

In college, I was still using “man” in my English papers to represent all people.  It was part of standard written English at the time, a standard English established by white mainstream men.

Years later at our church, I was on the committee to pick a new hymnal with inclusive language, meaning that God was not exclusively male, just God. It felt a little awkward at first, changing the pronouns that I knew so well in the old familiar hymns. Now I can’t imagine the old way.

In the book of essays, Pretty Bitches, Lizzie Skurnick asserts “Words can limit our worlds—or liberate them.”

Take Effortless. Sassy. Ambitious. Aggressive. “What subtle digs are conveyed when men describe women with words like these.”

Even Ron Chernow, biographer extraordinaire of Hamilton and Washington, is careless about his words when it comes to gender. George Washington can do no wrong, but the women in Washington’s life don’t fare so well. Chernow depicts Washington’s mother, Mary, as nothing but a shrew, even though there is little, if any, historical documentation of this.

Alexis Coe, the first female biographer of Washington mockingly writes: “Everyone knows that, in the absence of evidence to the contrary, a woman is probably a shrew. And shrews, of course, need taming.”

Rebecca Solnit astutely notes that there’s always the question of who’s telling the story, who’s in charge of the narrative.

But what happens if that changes. What if we get to hear the stories of all people? Native Americans, women, people of color, LGBTQ people, and so on?  And what if we LISTEN?

We all know how hard change can be—at first.

As Solnit observes: “A new idea is like a new species: it evolves; it expands its habitat; it changes the ecosystem around it; and then it fits in as though it was always there, as though we as a nation had always condemned slavery or believed women deserved the vote or thought non-straight people were entitled to the same rights as straight people.”

This leads me back to me and my UPS guy.

You might be wondering if I said all this to him.

But I’ve been thinking that next time, I might ask him how he likes the Redskin’s new interim name: The Washington Football Team. Maybe we’ll laugh at its boringness.

Maybe I’ll use that opportunity to share some of my thoughts about language.

And…I’m definitely going to ask him his name, because it’s never too late to get it right.

Then the next time we see each other, we can call each other by our true names, because words and names do matter.