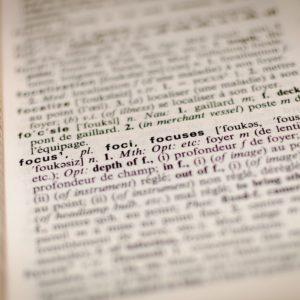 It was my first real teaching job. I was fresh out of grad school with an M.A. in English, when I landed a full-time tenured-track position teaching English at a little community college in Harrisburg, IL, about 6 hours downstate from Chicago.

Harrisburg has a population of about 10,000 and a small-town vibe to match. I once ate in a restaurant there where I oohed and aaahed over the peanut butter pie, and the next day the same waitress hand-delivered a piece of that incredible pie right to my classroom door, compliments of the owners. I rented an apartment in an old fashioned two-story red brick schoolhouse that had been converted into roomy apartments. I loved the idea of living in an old school. Ironically, a couple of my students were renting the apartment below mine. Awkward, I know.

The college itself was just a few-minutes ride from my school-house apartment, past cornfields and farms, out the two-lane highway toward the edge of town.

In addition to my full-time teaching load, I had been hired to start the college’s first theatre program.

You never forget your first real job. And in teaching they say you learn far more that first year than your students do. That couldn’t have been more true for me.

I had no teaching experience, having immediately gone from undergrad to graduate school, and I hadn’t been an education major, so no student teaching, just whatever I had gleaned from my parents, who were both high school English teachers. Despite my lack of years in the trenches, I was optimistic about my ability to carry this off.

I’m the creative type. And unlike my older sister who could run any Fortune 500 company, organization is NOT my forte. I tell you this because after the first three or four weeks where I attempted to make each lesson creative and fun, I suddenly found myself having not really planned out the whole semester. I was living day to day, planning my next day’s lessons the night before, xeroxing this and that just before class.

My classes were mainly populated with college-age students, but because it was a community college there were a few adults too. One adult, in particular, was a thrity-something guy–smart, contributed to class discussion, and a bit of a know-it-all. It was toward the end of that first semester that he appeared at my office, stepped in, and closed the door.

I had just returned their recent papers. He thrust out his paper, and I could see the letter grade B and some of my markings. He was agitated and angry about the grade. I was caught off guard and a wee bit frightened (he HAD closed the door). I don’t remember everything he railed at me, but the one thing that sticks with me is when he said, “I really enjoyed your class in the beginning of the semester, but things have fallen off, and everyone in the class feels the same way.” It was a jolt. I was simultaneously mad and humiliated. The knowledge that he had enlisted the rest of the class in his indictment made me feel like a kid who’s been called out in front of the class (well, I guess I kinda had).

I was shaken by the experience, and I confided to the dean of the school, the man who had hired me, what had happened. He was awesome. In addition to encouraging me and giving me some advice, he called the guy into his office and told him in no uncertain terms that harassing me and threatening me would not be tolerated.

While I was glad his bully antics had been addressed, I was still stuck with the truth of the situation–that I had let my lessons slip. Yeah, he had acted like a bully, but even bullies can be right sometimes. I guess I needed that kick in the butt. From that moment on, I worked HARD. I did extra research, including spending my entire Saturdays at the library at the state university just 30 minutes away. I planned ahead, and made each day’s lecture as entertaining and educational as I could. And I was a more careful grader. I had been schooled.

You might think that’s the end of the story. And it would make kind of a nice ending. Lesson learned. Case closed.

Mr. In-Your-Face wasn’t quite done with me. At the end of that semester, he stopped by my office again. This time he stood in the doorway with the door OPEN, and he smiled and said. “You made quite a turn-around. In fact, I enjoyed your class so much” (except the parts where he didn’t) “that I’ve signed up to take your class again next semester.” “Oh, boy,” I thought. “Not again.”

But AGAIN it was to be. In the next class he signed up for, students were required to do a research paper on the etymology of a word–its original meanings and usages and how its meaning and use had evolved to the current word as we know it today, an assignment made much more difficult before the internet and online searches. Students had to actually open a real dictionary, the Oxford English Dictionary. I passed out a list of suggested words, but the one he chose wasn’t on the list.

So what word did he choose? FART! There was nothing I could do. It was a legitimate word with a legitimate history. His paper was literally littered with the word. It was FART this and FART that. I can imagine him sitting at his typewriter sinisterly laughing as he typed it over and over again.

When I graded his paper, he had followed all the guidelines and had successfully executed the assignment. In my final comments, I wrote: “No doubt you let one fly on this assignment. The effect was seismic, and you’ve proven that you are in no need of a private tutor.” OK, I WISH that’s what I would have written, but instead I just gave him an A, and that was that.

In the end, what I got was far more important than trying to get even. Everyday we are confronted with information about ourselves, at work and at home. And truth comes to us in different ways, sometimes hidden in the ugliness of mean comments or harsh criticism, sometimes lovingly said, sometimes as a gentle reminder, but it’s there if we’re willing to look for it and to act on it, to find that grain of truth.

I’m reminded of one of my favorite stories in Doris Kearns Goodwin’s Team of Rivals when she describes a time before Lincoln became President when he was still practicing law. In earshot of Lincoln, one of the most esteemed lawyers of the day, Edwin Stanton, was disdainful of Lincoln and called Lincoln a “long-armed ape.” Even after Lincoln became President, Stanton continued to disparage Lincoln to anyone who would listen. But Lincoln didn’t harbor resentment or get revenge. Rather, he embraced whatever bit of truth there was in Stanton’s comments, respected Stanton’s brilliance and acumen, and, ultimately, made Stanton a member of his cabinet. Their teamwork and friendship became a crucial part of the strategy to win the war, and the once critical Stanton came to so admire and esteem Lincoln that it’s said upon Lincoln’s death, it was Stanton who wept harder and longer than anyone.

For more practical advice on how to effectively give and deal with criticism, check out this aptly titled book, Thanks for the Feedback: Even When It Is Off Base, Unfair, Poorly Delivered, and, Frankly, You’re Not in the Mood. It has great suggestions on how to give and receive feedback, how to respond productively to negative feedback and harsh criticism, and how to recognize and receive the element of truth. As the authors point out, “Even if you decide that 90 percent of the feedback is off target, the last golden 10 percent might be just the insight you need to grow.” It’s that last “golden 10 percent” that gave me a life lesson I’ll never forget and for which I’ll always be grateful.

If you want to hear more stories, tiny tips, and book recommendations, join me on Wednesday, Oct. 26 at 7pm for my motivational presentation of “Tiny Tips for a Big Life:  The Most Important Story You Will Ever Tell is the Story You Tell Yourself” as part of Elmhurst Speaks at Bethel UCC in Elmhurst.  315 E. St. Charles Rd.  No registration required.