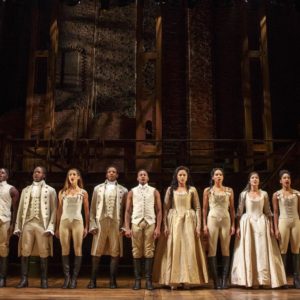 During her sophomore year of high school, our youngest daughter shares with me that one of her girlfriends, a friend she has known since kindergarten, now identifies as male. He cuts his hair, changes his name, and updates his clothes.

At first, when she, that is he, comes over to the house, I have to make a conscious effort to use the correct pronoun. Once I yell downstairs, “Do you girlies need anymore popcorn?” Realizing my blunder, I hesitate and add, “I’m sorry. I mean do YOU need more popcorn?”

He is always gracious about my “mistakes.”

Within a short period of time, seeing her as him is no longer an effort, like dipping your toes into icy cold Lake Michigan; at first you feel a slight jolt, but within moments you’ve adjusted.

It’s not quite so easy for my daughter’s friend at home. His parents cannot yet embrace the new story of their daughter.

I’m glad that he finds acceptance at school among his teachers and friends. In many ways, the world is evolving and challenging the traditional narratives about things like gender.

I recently heard a young woman say, “You cannot become what you cannot see.”

I thought of the well-known fairytale Cinderella after recently reading Rebecca Solnit’s updated take on the old classic. Solnit is a brilliant writer, philosopher, feminist and author of a number of books, including Men Explain Things to Me.

She wanted her niece to grow up with the charm and transformation of the Cinderella story while working out a more palatable exit for Cinderella’s plight than the one we all know—boy saves girl.

In this re-imagined version, Cinderella goes to the ball, meets the Prince, loses her shoe, but when he finds her, instead of asking her to marry him he says, “What are your dreams?”

She tells him, “I’m not ready to get married right now. I’ve just gotten my freedom, and I’ve become a pretty good baker over the years, so I’d rather use my baking skills to open my own bakery. Plus, I really like talking to people.”

And then she says, “What are your dreams?”

Turns out the Prince doesn’t really like people staring at him all the time and all that Princely stuff he has to do. He likes to make things grow and has aspirations to be a farmer, well maybe a farmer-prince.

You cannot become what you cannot see.

Just two years ago, I sat mesmerized in my red velvet seat in the seventh row in the Richard Rogers Theater in New York City watching Hamilton for the first time.

Washington, Jefferson, Madison, Hamilton, and Burr appeared on stage—all portrayed by people of color. The entire cast a melting pot. The music a breath-taking combination of rap and hip hop.

Onstage, our founding fathers were re-birthed to embody the very thing they were fighting for: that “all men (ahem, people) are created equal, that they are endowed by their Creator with certain unalienable rights, that among these are Life, Liberty, and the pursuit of Happiness.”

Lots of New York students went to see the show, thanks to a city-wide arts program.

At one Brooklyn high school, the teenagers were blown away by what they saw. English teacher Bill Coulter said of his class discussion after the show: “My students were saying, ‘George Washington wasn’t black, Mr. Coulter!’ I said, ‘Obviously he wasn’t, guys. But how did the casting affect you?’”

“One student said, ‘It just made me really proud. Made me feel good about being an American. Like I belong here.’”

You cannot become what you cannot see.

It’s time to let go of our limiting stories—you know the ones: “That’s the way I was raised” or “That’s how it’s always been done”—and to re-imagine narratives that will allow us to truly SEE what we ALL can become.