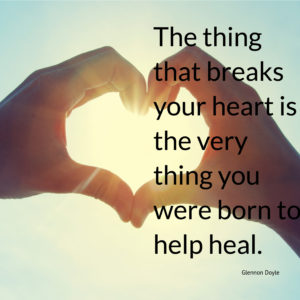 When I was in fourth grade, my aunt and two cousins came to live with us for about six months in 1973. My older cousin has an infectious laugh and smile that makes him fun to be around. One day during their stay, he and I get into it.

He’s a sophomore with an early schedule and is always the first one home from school, followed by me.

Every day when I walk in the front door, my cousin is blasting Elton John’s “Goodbye Yellow Brick Road” on our Sony turntable in the living room. I love watching him as he bops his head to the rhythm of the opening.

He normally goes to an integrated school in Arkansas where they live, and on this day, he says matter of factly something prejudiced about some of the Black students he goes to school with.

My parents have instilled in us not to disparage others based on the color of their skin and have talked to us extensively about the history of racism and inequality. Ironically, our suburb is 99 percent white.

And so with Elton John playing in the background, my cousin and I start arguing, little nine-year-old righteous me almost yelling: “You can’t say those things because of the color of someone’s skin!”

I keenly feel the frustration of not being able to explain, with the eloquence that my father always has, why discrimination is wrong. Why the “n” word is blasphemy.

In a way, I am trying to say, “Look, there’s hundreds of years of racism and discrimination that you’ve never had to face. Don’t you understand? That’s why that kid said or did that.”

I’m not sure why this scene stays so vivid in my memory, for I don’t remember much else from the six months they stayed with us, other than the gooey chocolate chip cookies my aunt baked and the fact that I loved having them there.

I usually don’t write so openly about racism because, truthfully, I feel a little out of my league, and I try to keep away from hot topics so as not to agitate too many people.

But I read recently in my latest favorite book, Untamed by Glennon Doyle, about the importance of following our hearts, even when it’s hard.

And this is what she tells them:

“What is it that affects you so deeply that whenever you encounter it, you feel the need to look away?

Where is the pain in the world that you just cannot stand?

The thing that breaks your heart is the very thing you were born to help heal. Racial injustice? Bullying? Animal cruelty? Hunger? War? The environment? Every world changer’s work begins with a broken heart.”

So today, I am “looking there” and “standing there.” What’s breaking your heart?

Look there. Stand there.

May your hearts be touched and filled this week.