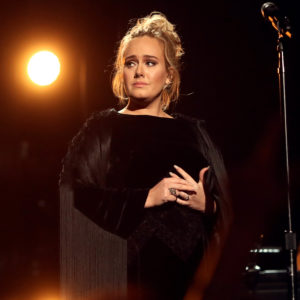 Yesterday was a day of mistakes. First, I was at my gig at Wheaton Library performing my show Pets at the White House that I do with my friend and colleague, Elizabeth Doyle. Our Pets show is completely innocuous, politically speaking. We sing and share fun and interesting anecdotes about the roles pets have played in the lives of the First Families, everything from the fact that Thomas Jefferson had a pet mockingbird who sat on his shoulder while he worked to George and Barbara Bush walking the grounds of the White House on his very last day in office with their dogs in tow–very touching.

We have a lot of fun singing parodies and sharing wonderful little humanizing stories about the First Families and their pets. But yesterday I made the mistake of saying one eensy weensy little thing about Trump, truly tiny, just trying be funny and light. Well, that was a mistake. It didn’t go over well with one woman in the audience who came up at the end in front of everyone and gave me a talking to. Ouch! Truth be told, she was a little over the top and seemed ready to pick a fight; however, I HAD offended her, so I apologized and tried to make it as comfortable for everyone as possible. Lesson learned. Life goes on.

Then last night I was watching the Grammy’s when Adele started singing her tribute song to George Michael, and it was apparent that she and the piano and orchestra were not in the same key. There was something funky about the accompaniment and she just couldn’t hear her pitch, so she stopped singing right there at the biggest music event of the year in front of millions of viewers and asked if she could start over, which she did. Wow. In the middle of the Grammy’s, superstar Adele asked for a do-over. Suddenly, I was feeling a little better about my own little blip earlier in the day. My daughter, Julia, was watching the Grammy’s with me and she asked, “What do you think, Mom?” (I love it that she still cares what I think.) So I told her I thought it was great, that it was a totally brave and authentic thing to do. “Authentic?” she asked. “Yes,” I said. “It shows that she’s human, just like the rest of us, and it is perfectly ok to acknowledge when things go wrong and start over. It’s real.”

Adele sang her song through the second time. Granted, it wasn’t the best singing she’s ever done–although I do believe that she has one of the greatest voices EVER–but it was a real testament that it’s ok to have do-overs in life, to acknowledge our mistakes, and to move on. That’s the greatest lesson of all.